Out of the Ring (The Asylum Fight Club Shorts) 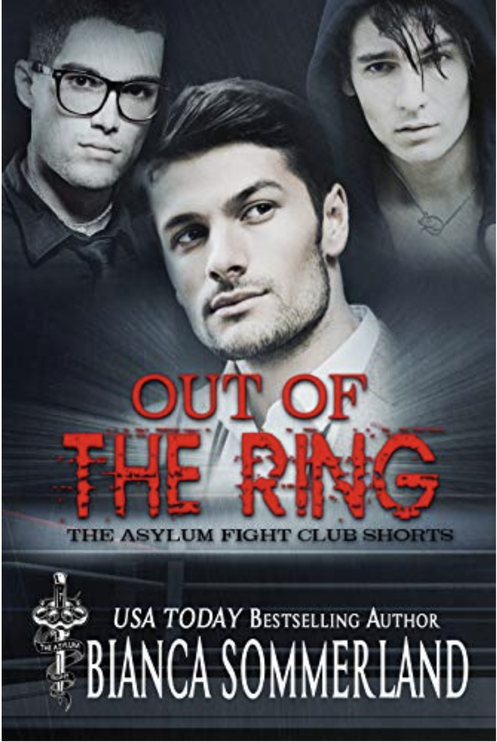 CLICK TO BUY NOW!
There’s fighting to win. Fighting for love. And… Fighting to survive.

At The Asylum a submissive might kneel to the right man, but a collar doesn’t make him weak. Between lovers and found family, the core has created a foundation that nothing can break. More than can be contained between four walls.

The journey begins at home. But it doesn’t end there.

No Good Very Bad Day at The Asylum
Danny DiMarco made one huge mistake that morning. One he really wishes he could take back before another disaster strikes. He shouldn’t have gotten out of bed.

Long Winding Road Trip Away from The Asylum
‘There’s no place like home’. Maybe if Wren Gibson repeats that often enough, he’ll eventually get back there. If he survives the next pit stop.

A Little Roughed Up at The Asylum Safehouse
Throughout Quint Templeton’s life, he’s had a few different jobs. Soldier. Doctor. Mercenary. But he’s about to tackle the most important one of all. Is ‘sub wrangler’ an official title?

BONUS SHORT
Baby, it’s Cold inside The Asylum
Nothing could be worse than the one holiday season that shall never be spoken of again. Not power outages. Or all out brawls. Or...explosives?

All right, who pissed off Santa?